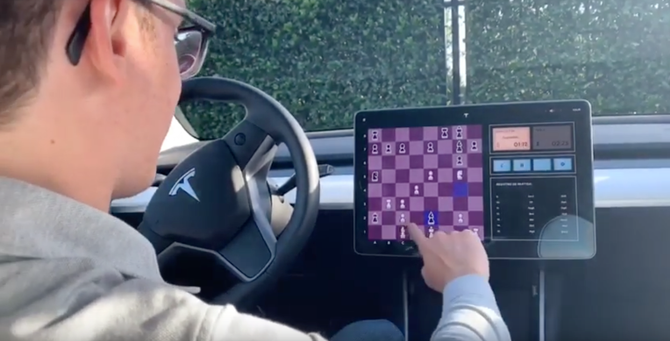 Tesla cars can now take on human players in a game of chess, thanks to a software update it pushed out to vehicles last month. Its programmers likely didn’t imagine they were designing a chess program to take on the best players in the world, however: U.S. No. 1 ranked chess player Fabiano Caruana (also currently ranked No. 2 in the world) played a Tesla Model 3 in a recent match… but Deep Blue versus Kasparov, this was not.

Caruana bests the vehicle in just under five minutes of playing time, and he’s not particularly stressing the time, plus he’s offering a running commentary. The car makes some questionable moves, but to be fair, it’s not a super computer with deep artificial intelligence, and Caruana is one of the world’s best. He also gives it credit at the end, calling the game “challenging” and you can hear it’s probably more than he was expecting from a car’s infotainment system.

The car would probably beat me, but I’m unranked and haven’t played a game of chess in probably 15 years, so there’s that.

« Previous Watch a Tesla Model 3 play chess against the top-ranked player in the U.S.
Next » Oma Sense Breathing Monitor